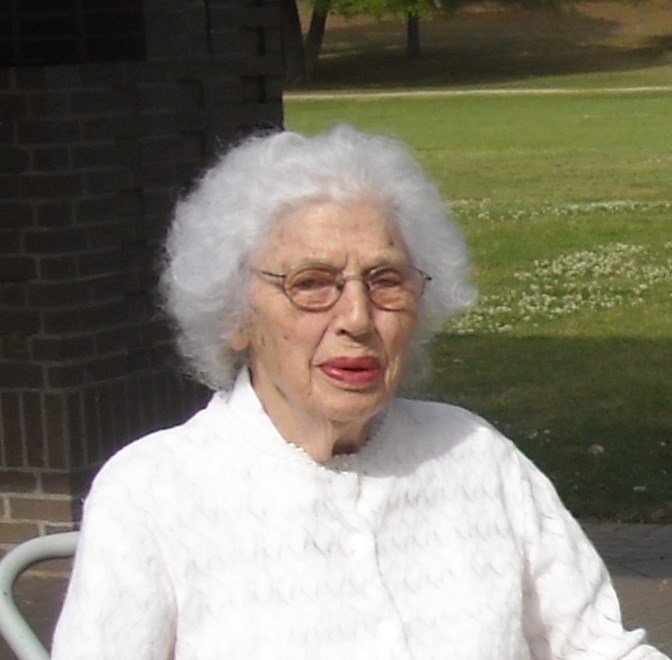 Add a Memory to the Timeline

Mrs. Ethel Pauline Foster passed from this earth to her glorious home in heaven on Thursday, August 29, 2013. She was born on December 13, 1924, in Giles County, Tennessee and was the daughter of James Clemons Thomas and Sarah Elizabeth Estes Thomas. She was preceded in death by her parents; beloved husband of almost 59 years, Issac Monroe Foster; infant brother, sisters Brownie Thomas, Rosa Thomas Cothron, Sarah Thomas Duncan, and Josephine Thomas Edwards. Also preceding, her were brothers Allen Thomas, Luther Thomas, and Kenneth Thomas. Also preceding her were two half-brothers, Paxton Thomas and James Thomas and a half-sister Olivia Thomas Crass. Also preceding her were nephews Bobby Thomas, Clyde Brown and Philip Brown, Kenny Thomas, and Don Thomas as well as several brothers-in-law and sisters-in-law. She is survived by daughter and son-in-law, Sheila Foster Frakes and John David Frakes, Sr. of Johnson City, TN; grandson John David Frakes, Jr. of Brisbane, Australia; granddaughter Melissa Frakes Heim and husband Michael Heim of Memphis, TN; great grandchildren Abigail Heim, Annabelle Heim and Ian Heim also of Memphis, TN; sister Lucille Mitchell of Columbia, TN, brother-in-law Don Edwards of Ohio; nephews and nieces Curtis Bowden of Columbia, TN, Kathryn Hogan of Columbia, TN, David Thomas of TN, Michael Thomas of TN, Betty Fischer of TN, Jim Hargrove of Florida, Sandy Guzior of Arizona, Pam Goforth, Teresa Creech and Donna Young all of Ohio. She also leaves two special neighbors, Bennette Rowan and Loretta Fitzgerald and Loretta's little dog Amy, her dear Christian brothers and sisters at Central Church of Christ in Johnson City, Graymere and Highland Churches of Christ in Columbia, TN and numerous friends in many places. Pauline grew up in Middle Tennessee as a farm girl and attended school in Columbia where she finished 8th grade. She married Issac Foster on June 22, 1941 and worked at a defense plant doing welding and office work while he was away in the Philippines during World War II. She and her beloved husband lived in Columbia until May 1997 when they moved to Johnson City. They had been very involved in benevolent work at Greymere Church of Christ and through the Juvenile Court system for many years. Mission work was also close to both their hearts. She enjoyed flower gardening, sewing, especially for others and reading and studying the Holy Bible. She loved her family and friends and was especially proud of her grandchildren and great grandchildren. The family would like to thank Courtyards Senior Living, and doctors, nurses, therapists and other caregivers at JCMCH for the excellent care she received there. Funeral Services officiated by minister Tim Hall will be held at Morris-Baker on Sunday, September 1, 2013 at 2:30 PM with visitation from 1:30 to 2:30. There will also be a visitation at Oakes & Nichols Funeral Home in Columbia, TN on Tuesday, September 3, 2013 from 10:00 to 11:00 followed by a grave side service at Polk Memorial Gardens officiated by minister John Vaughan.